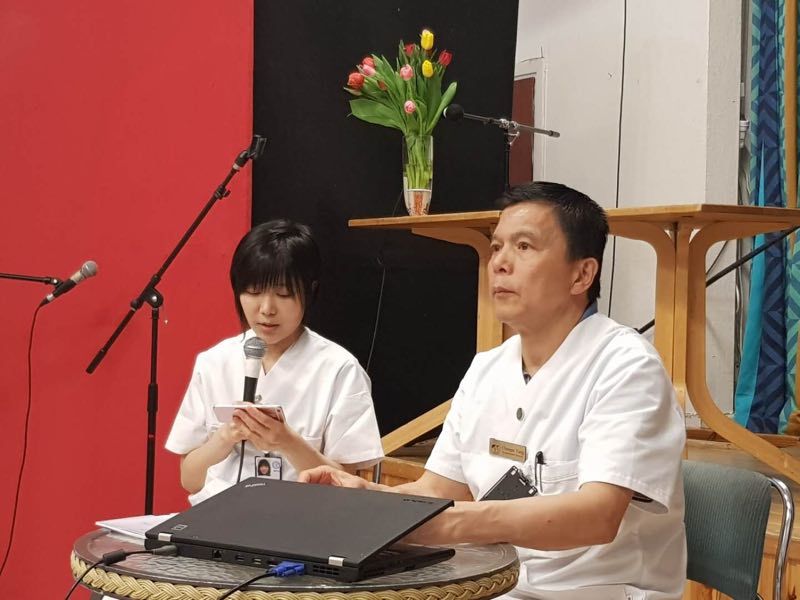 Yang Chungui, President of the association made an important speech. 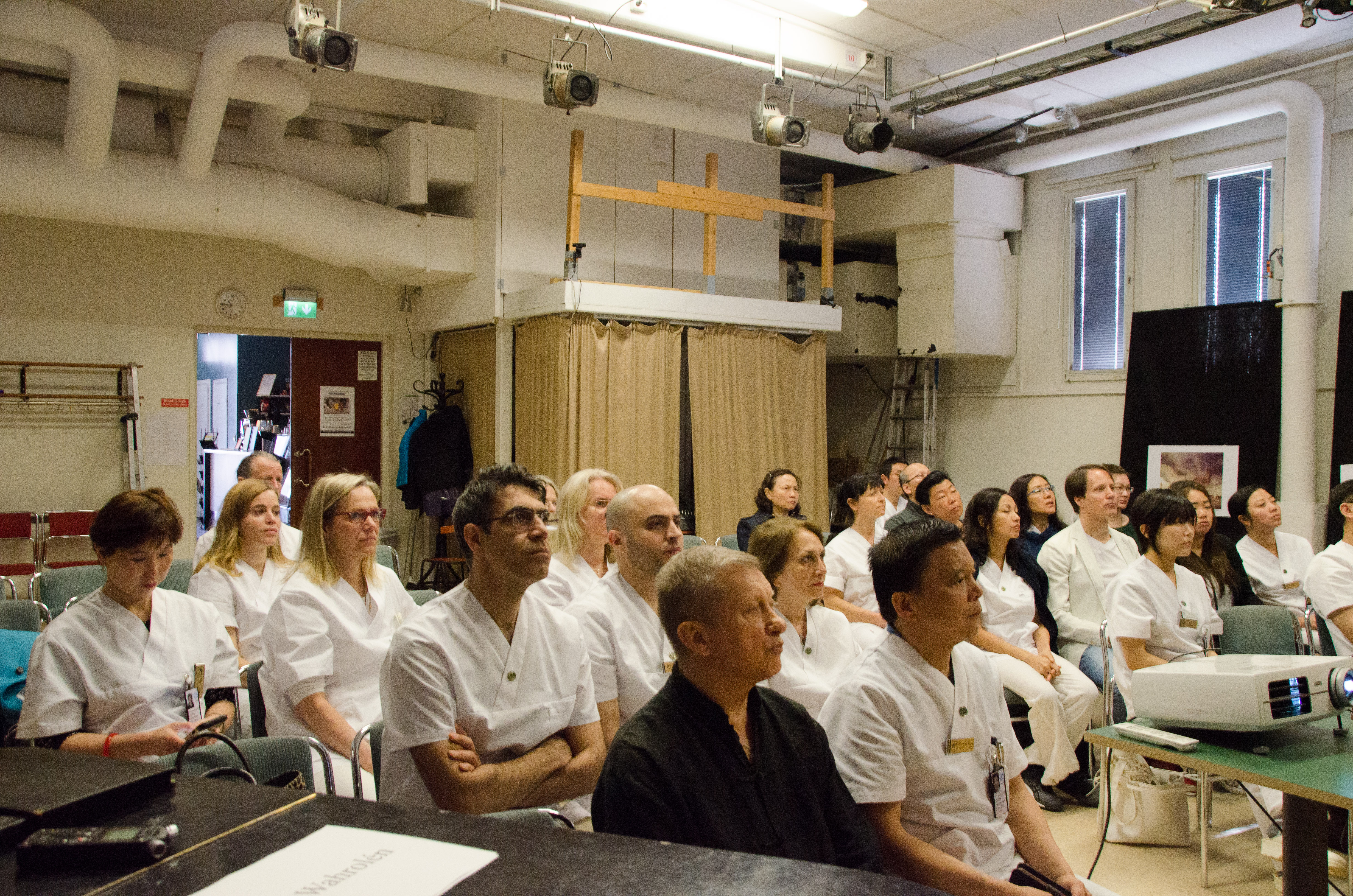 Yang said the association has developed rapidly over the past year. Another 14 acupuncture doctor passed the exam. Many of them have practised acupuncture for over 20 years. Academic exchanges continued. 2017 Sino-Swedish Belt and Road Acupuncture Summit Forum was held and a seminar on three needle treatment was also held.

Yang suggested an international acupuncture trade union be established and a website on Chinese acupuncture set up in order to better serve the acupuncture doctors and patients. 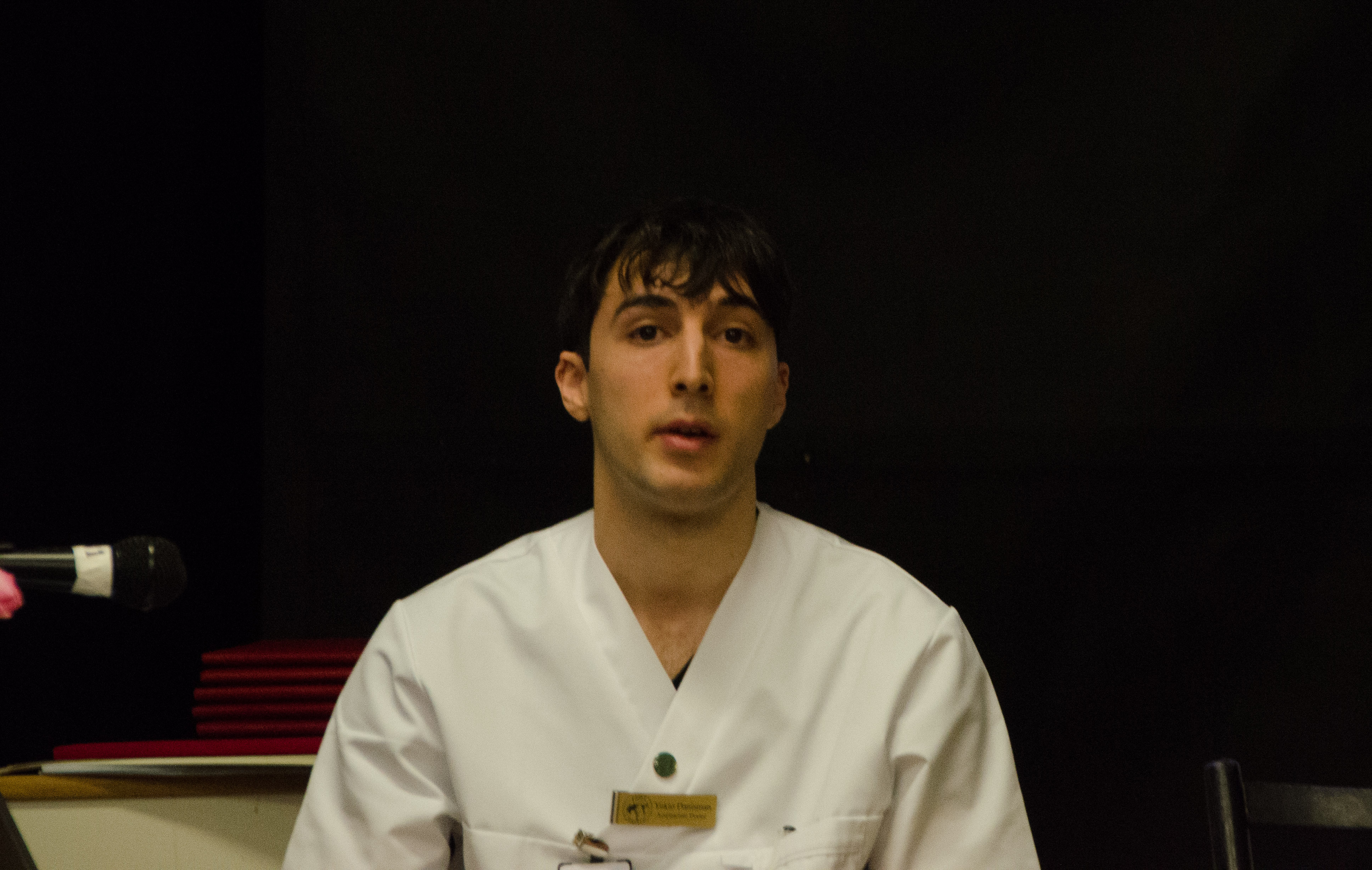 Yukio Danisman made a finance report on the association’s accountancy. 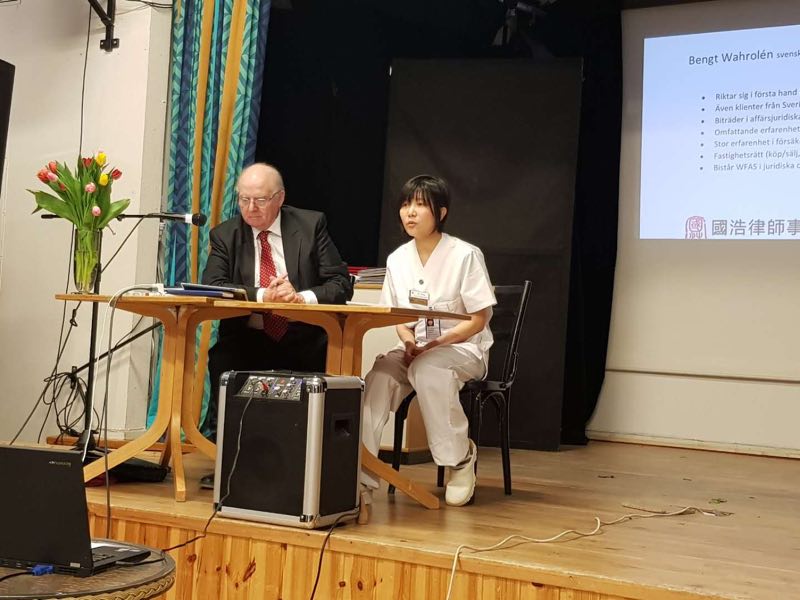 Bengt Wahrolen, a senior lawyer made an important speech on collective insurance for the acupuncture doctors . He promised to help pushing the Swedish Leg. Akupunktur Doktor and make them compatible with the Swedish medical care system. 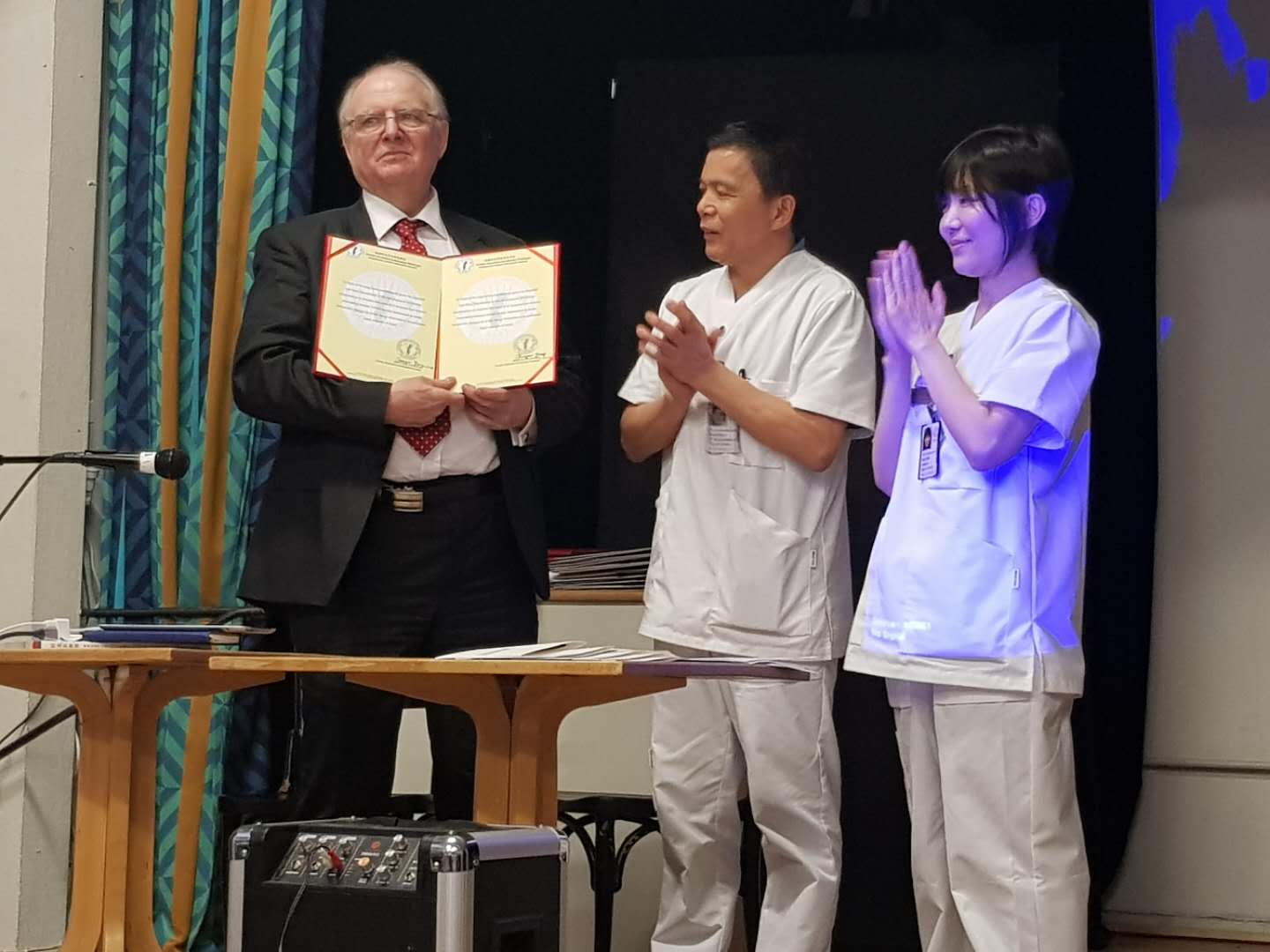 Wahrolen also stated that after auditing, it is proved that the association’s funding came from their members yearly fee and members donation. They haven’t received any  government subsidies. 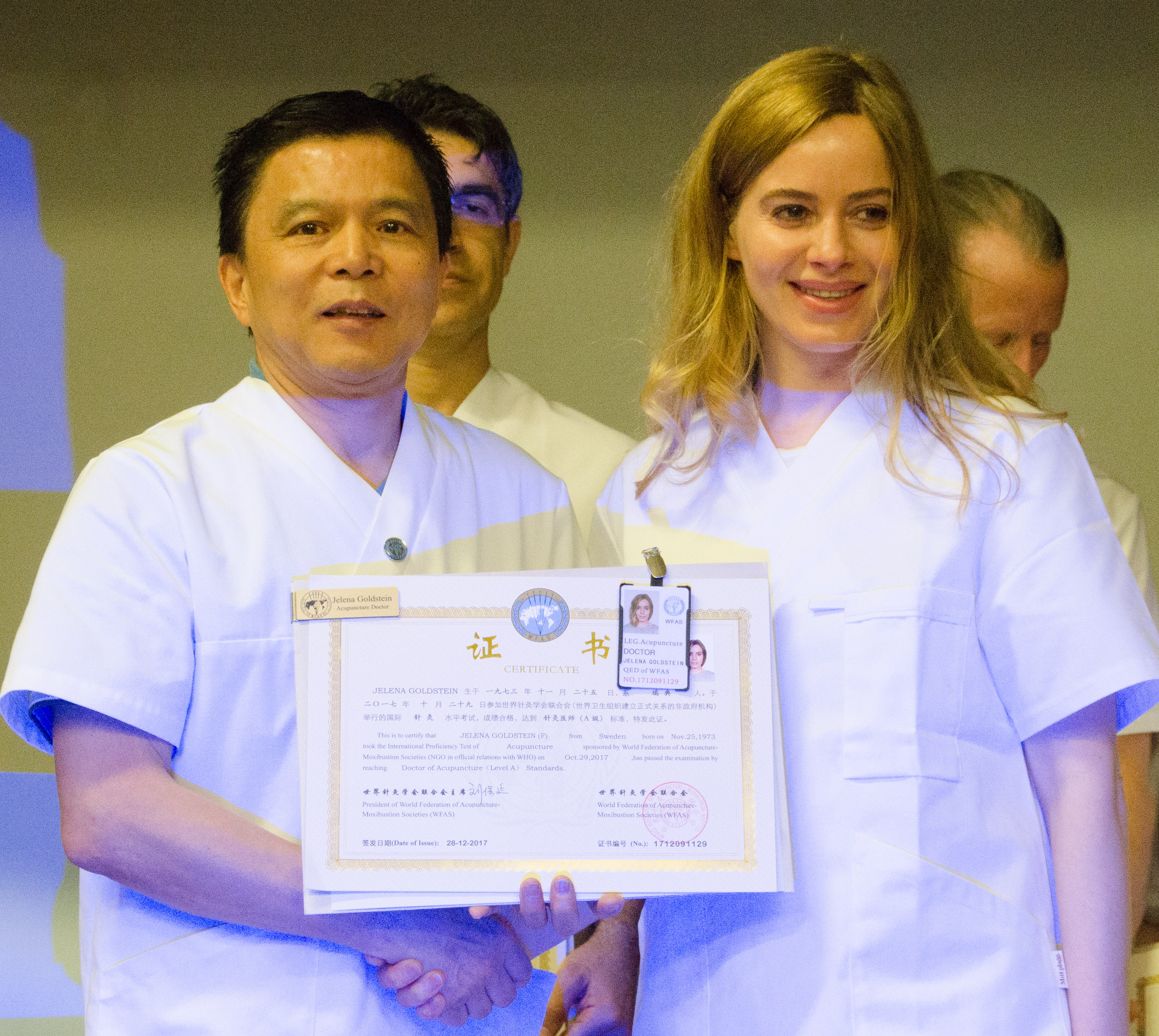 Then President Yang and Vice President Zhang Dongqing issued certificate for the 14 members who passed the exams. 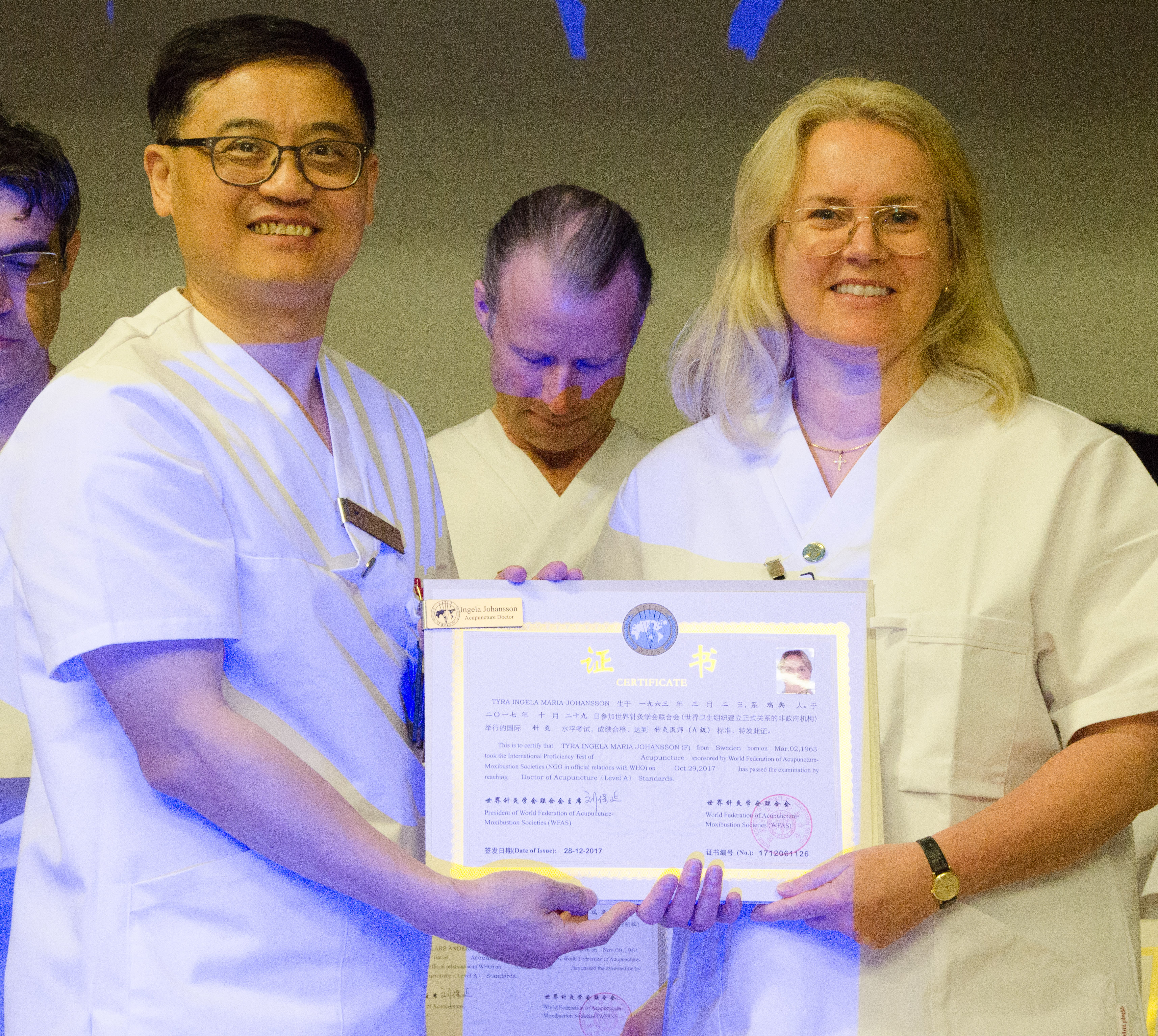 All the doctors got a white uniform, a medal and a name bar to show their responsible attitude. 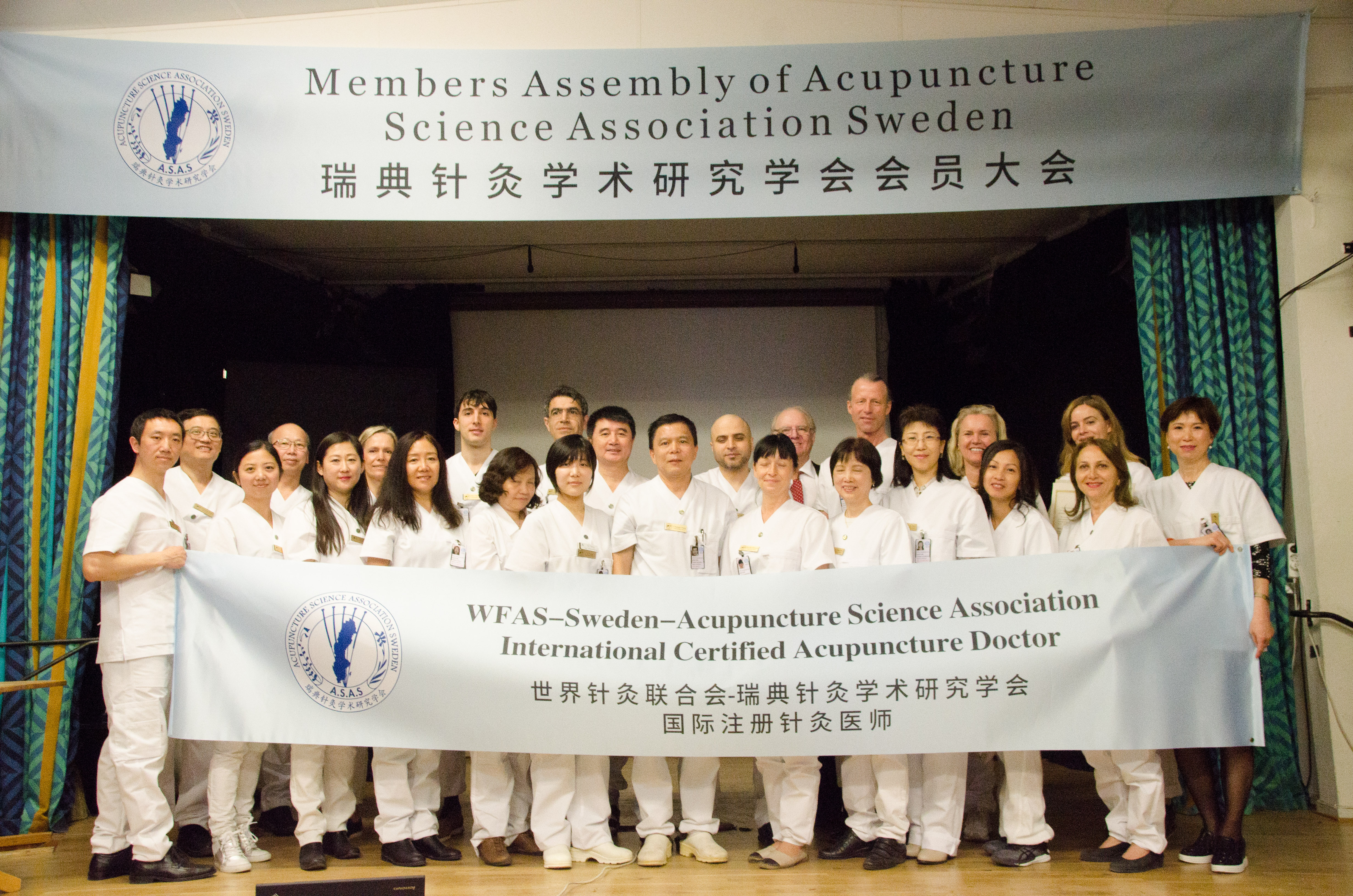 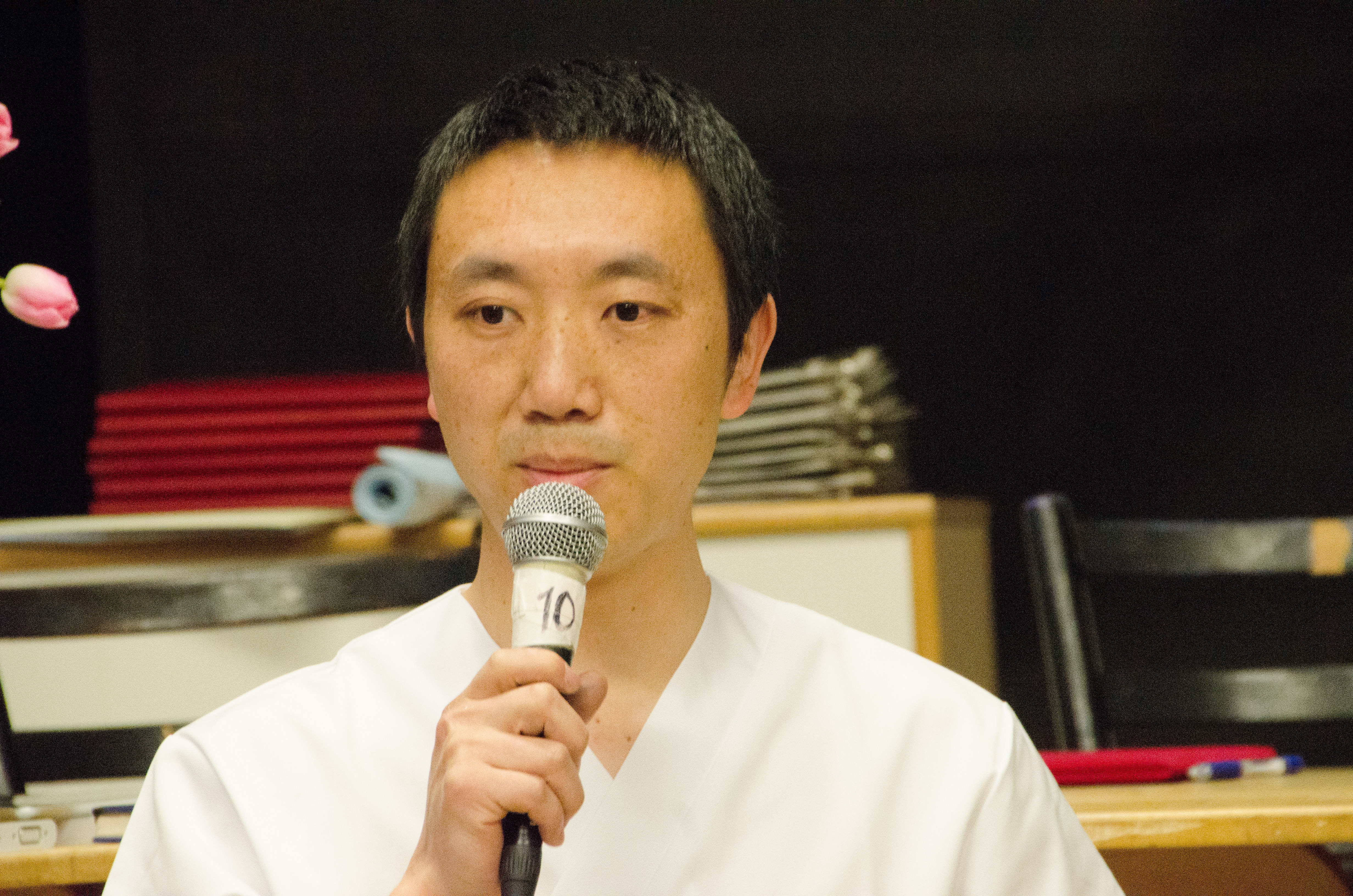 Secretary Li explained Swedish International Acupuncture Doctors Management System.  During the discussion, all the questions from the members were answered showing the completion of the association’s various regulations and systems. 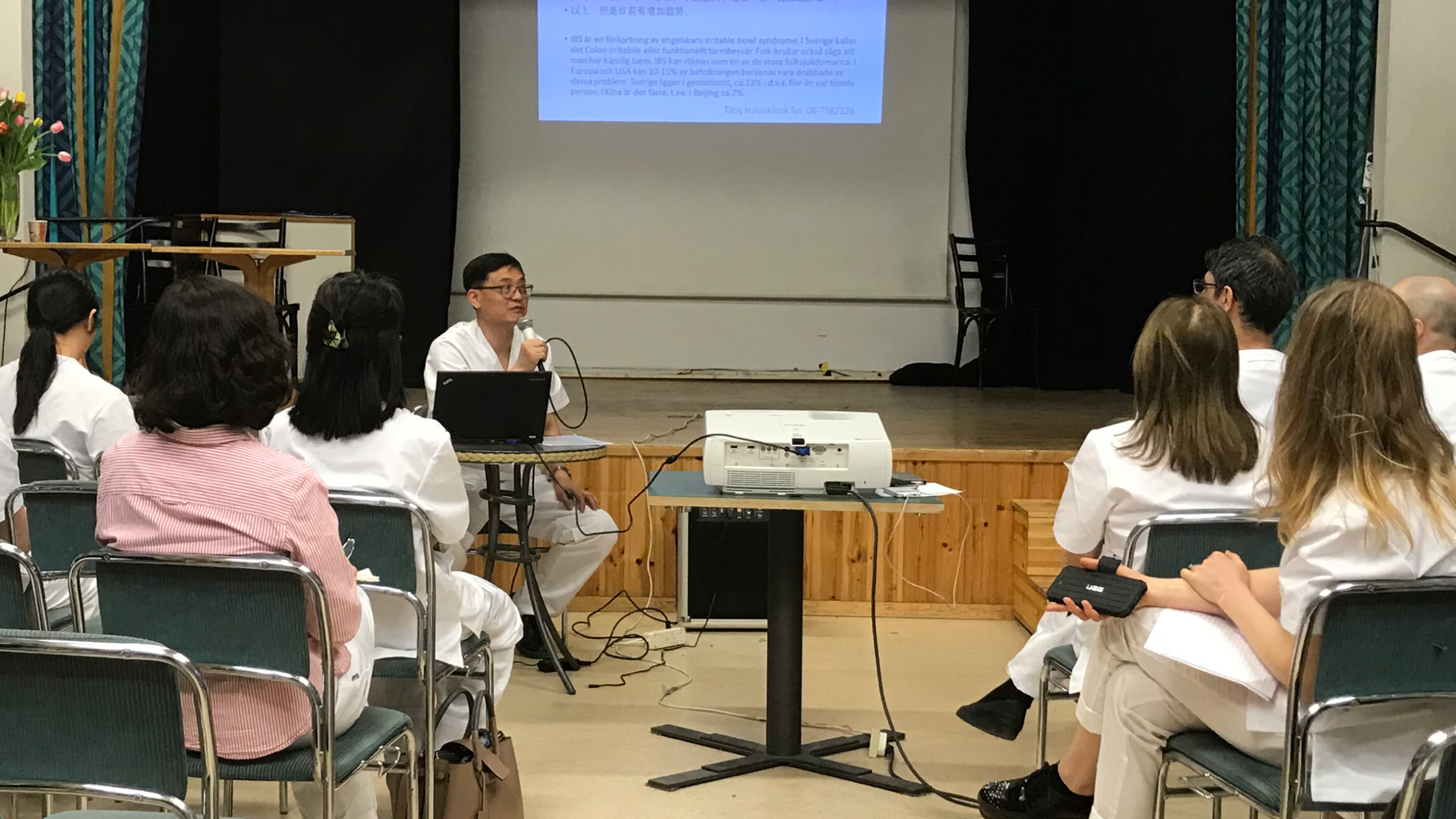 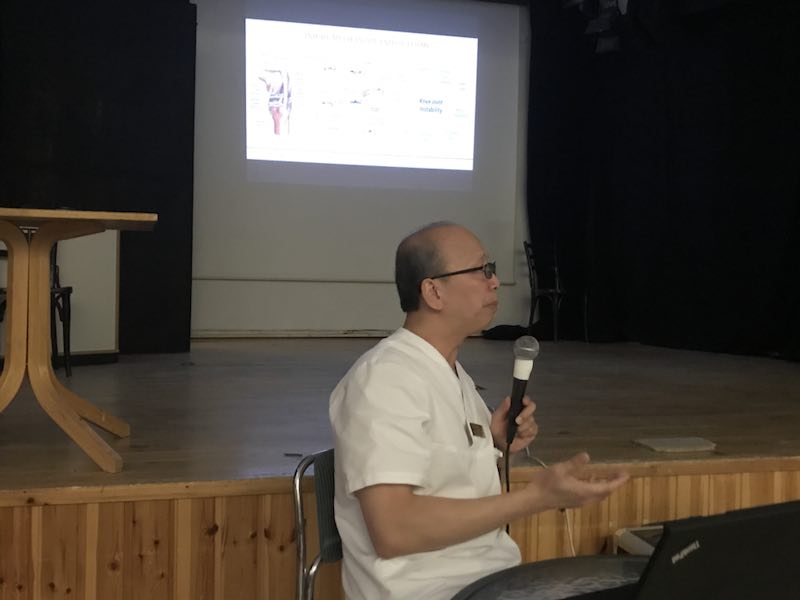 Doctor Li Jian on Application of modern medicine and TCM on the treatment of knee osteoarthritis. 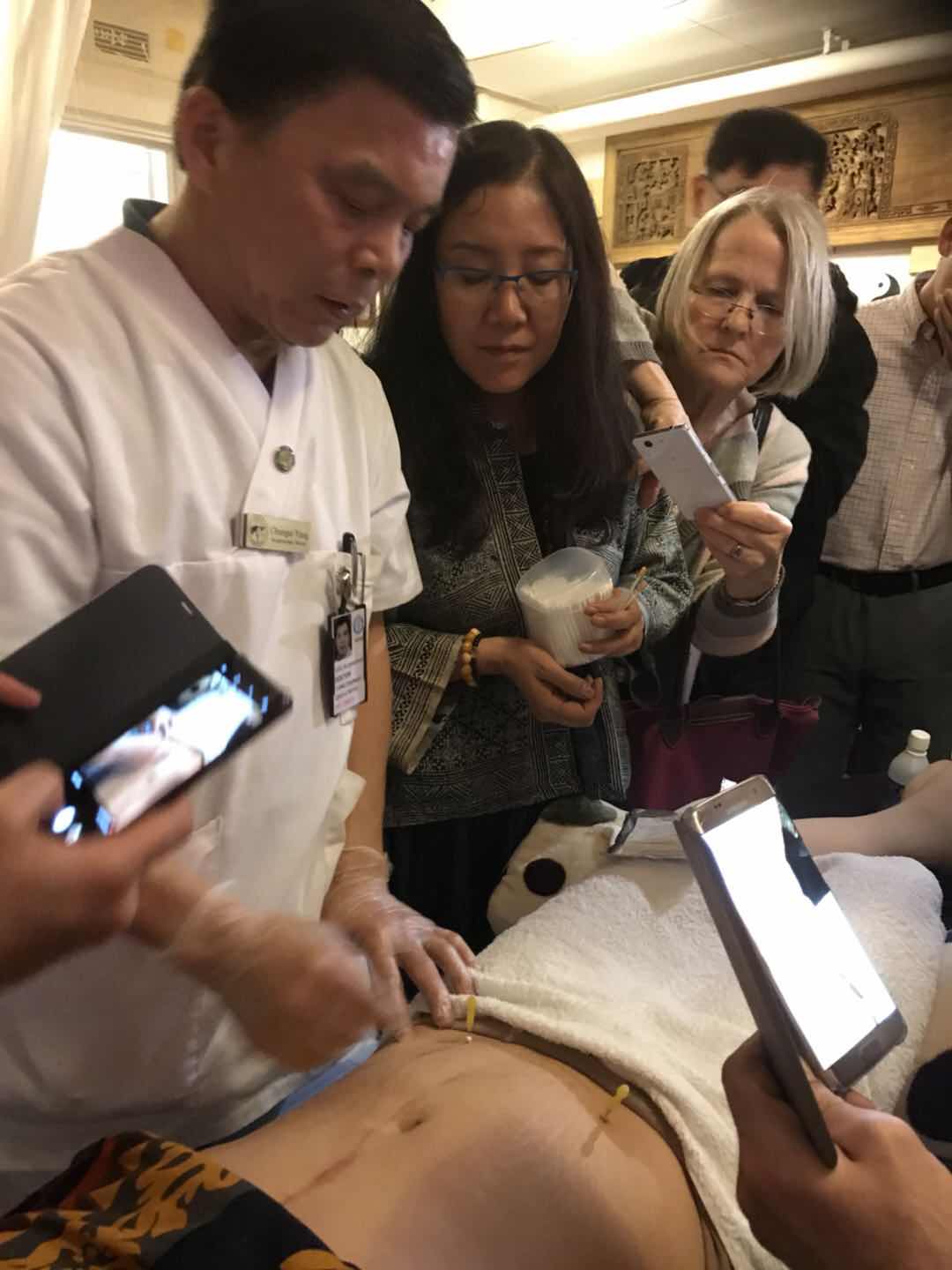 After academic exchange, all the doctors went to Doctor Yang’s clinic. Doctor Yang gave two patients’ treatment with embedding thread acupuncture. This method proved to be effective  for those who cannot get pregnant. 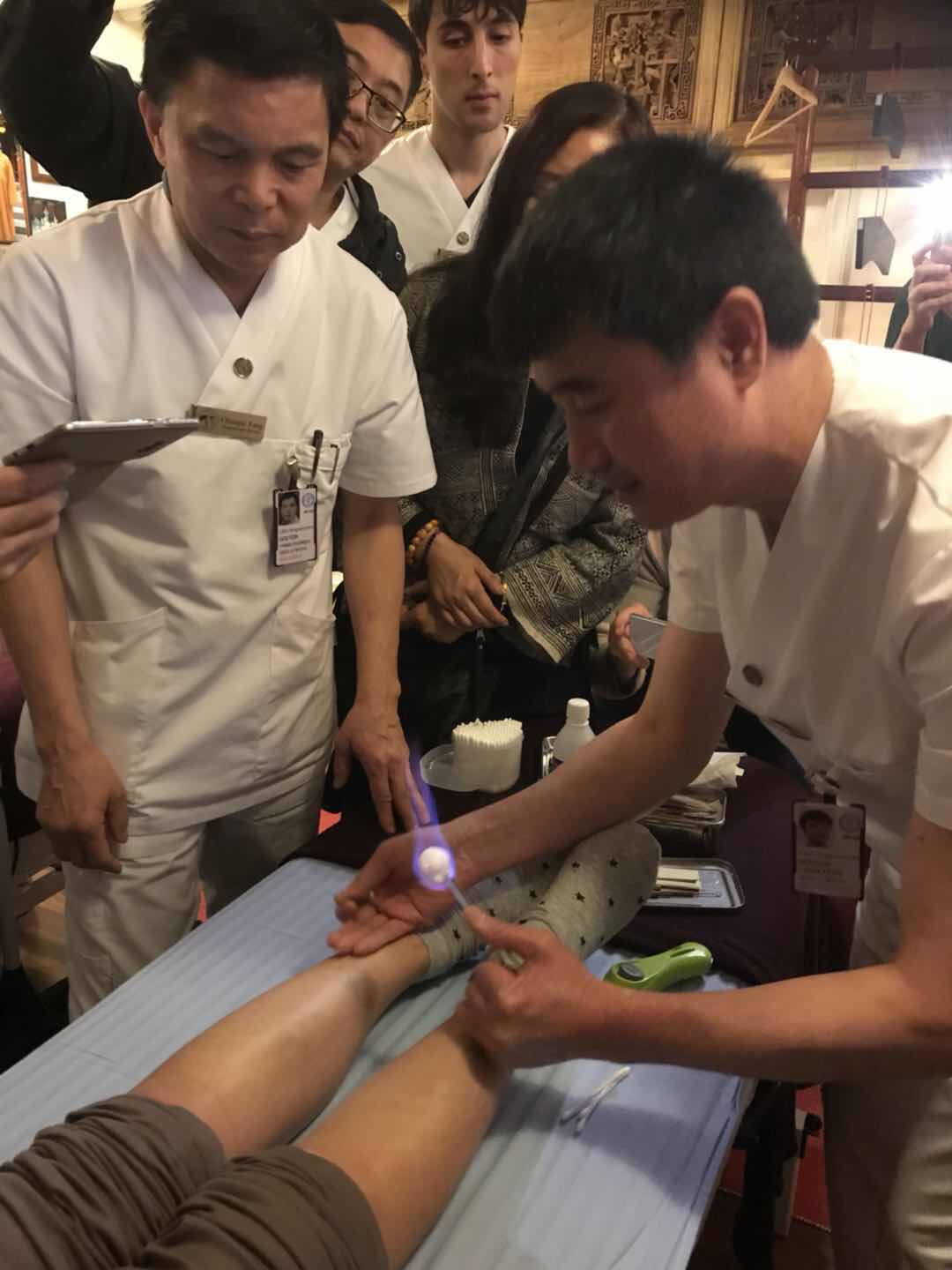 Doctor Defeng Lin showed his burning acupuncture method. The free treatment meeting stimulated even more heated discussions in sharing experiences and members have great confidence in the association’s acupuncture treatment level and formation of Swedish acupuncture legislation to accept these doctors’ treatment into the Swedish system. 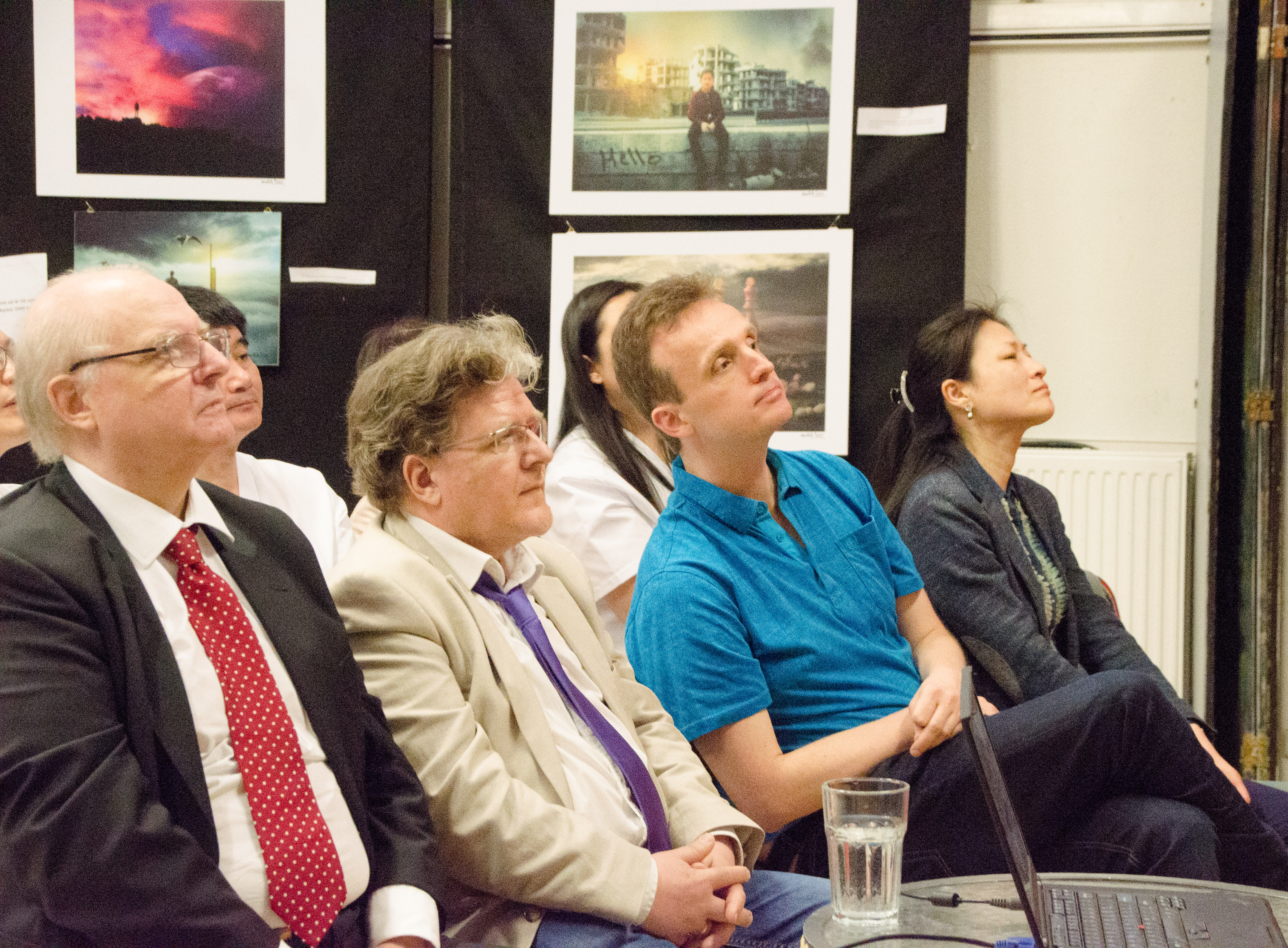 The yearly meeting was hosted by Vice Secretary Youji Lin and council member Yang Xi served as interpreter between Chinese and Swedish. 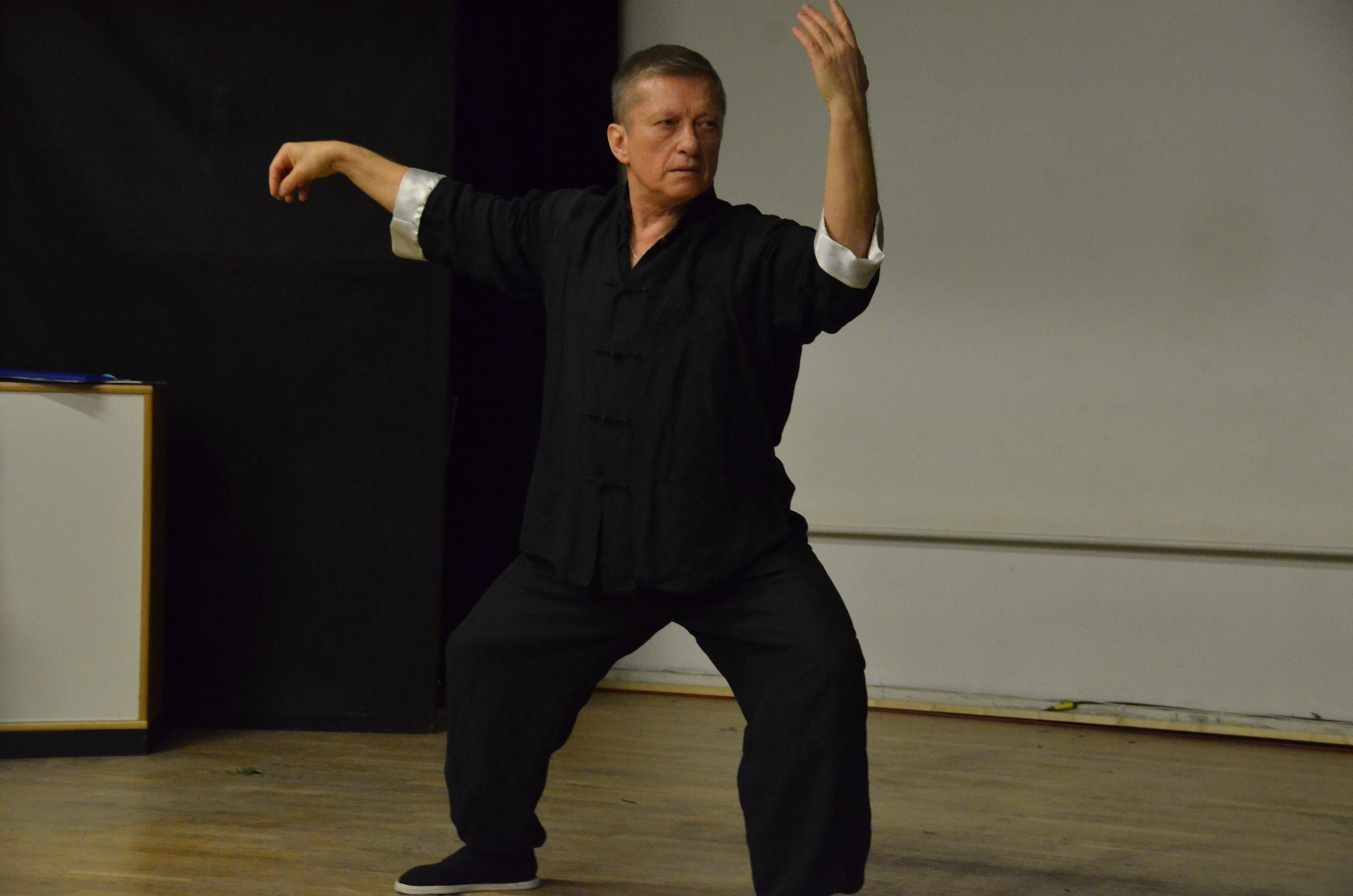 About 30 member doctors attended the meeting which also had a Taiji show in the middle.

Text and Photo/Xuefei Chen Axelsson. Part of the photos are from the association.